How was Darwin's story during his stay in the Archipelago? - Galapagos Center
51152
post-template-default,single,single-post,postid-51152,single-format-standard,eltd-core-1.0.3,ajax_fade,page_not_loaded,,borderland-ver-1.14, vertical_menu_with_scroll,wpb-js-composer js-comp-ver-5.7,vc_responsive

How was Darwin’s story during his stay in the Archipelago? 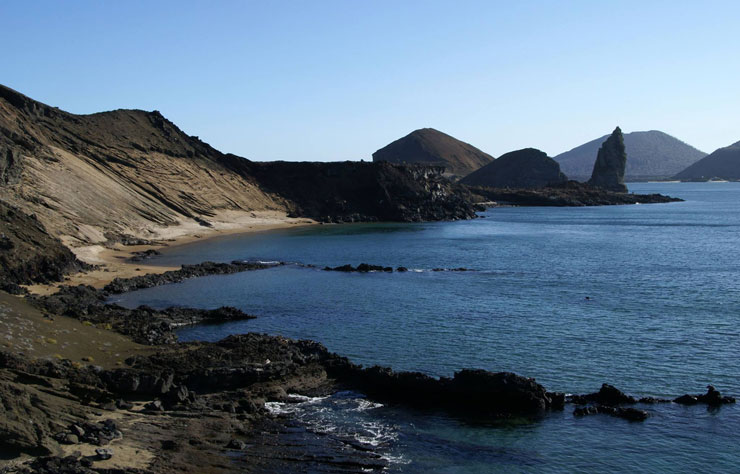 How was Darwin’s story during his stay in the Archipelago?

The HMS Beagle left England in 1831 with the purpose of charting coasts around the world, and that journey lasted five years. A young naturalist called Charles Darwin arrived to the Galapagos Islands aboard it in 1835.

Darwin was a curious scientist, and he took notes and speculations about everything he saw on the sea and at every place he visited: these facts allowed his arrival to Galapagos and create, from that point, the theory of evolution that nowadays we know.

His journey at Galapagos

Captain Fitzroy commanded the HMS Beagle, which led Darwin to discover the fragile ecosystem of the Galapagos Archipelago. The ship stayed only 5 weeks in only four of the islands (San Cristobal –Chatham-, Floreana –Charles -, Isabela –Albemarle-, and Santiago –James-), but during that time, Darwin had the most impressive findings.

It was only when Darwin returned to England, when he started studying the samples he collected, that he showed his appreciation and respect for that fragile environment that nowadays tourists enjoy visiting. Then, everybody knows what happened: Darwin wrote his theory, and our perspective on life evolution changed forever.

Howard Falcon-Lang, a British researcher, found a true gem that had been lost for a long time, and it was so casual that it could be taken as a joke! Falcon-Lang does research for the British Geological Survey, where he works and spends most of his time, and according to him, there are “a few surprises” that show up from time to time.

He said he was walking through a corridor when he saw an old cabinet that no one remembered to check, and there, being filled with curiosity, he found the precious collection inside one of the drawers: some rock samples collected by Darwin during his trip aboard the HMS Beagle, including most from his days at the Galapagos Archipelago, the place that led him to discover, structure, and publish the revolutionary theory of evolution that changed how we thought humans and animals developed as species.

Galapagos Center Expedition tells you everything about Galapagos’ history, to keep you updated about the most interesting topics you want to know about your islands!