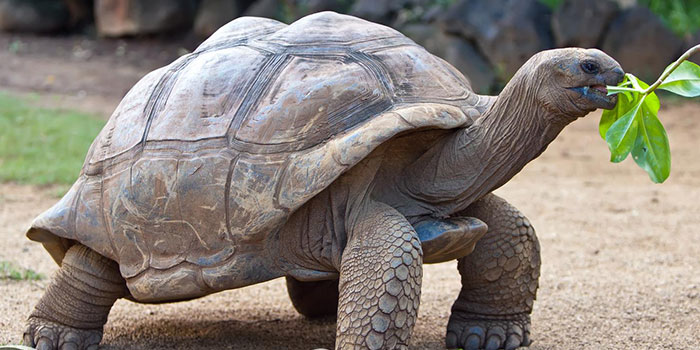 If we tell you all those scientific facts about giant tortoises maybe you won’t get ever bored, but… why not mentioning the fun side of these sympathetic creatures? Here you are some of them to amaze yourself and get the strength you want to call us now and visit Galapagos!

They have an exoskeleton, or external skeleton, which is their shell. It is formed by the top carapace, a bridge that connects the upper part with the inferior one, and a bottom plastron (it’s like their bed). Their endoskeleton is not so known because we don’t see the inside of tortoises, but they do have one, just like most animals (ribs, spine, etc.).

2. Did you know that tortoises inspired the Roman forces?

Strategies have been a constant for each civilization, and the Roman Empire had an original way of defending themselves… one of their strategies was to get in testudo (Latin for ‘tortoise’) formation. The soldiers had to form rows and hold their shields above and in front of them, to create a protective shell against arrows or swords!

May 23, to be more precise, is the World Turtle Day.

4. Giant tortoises were all around the world

Many centuries ago, giant tortoises were common in most continents, but since they were hunted in masses, nowadays only two groups remain: Galapagos Archipelago, which we abundantly know, and Aldabra Atoll (Indian Ocean).

5. A turtle and a tortoise are not so similar!

Tortoises are all turtles, but turtles are not necessarily tortoises. Sounds weird? Check this: a turtle can be any reptile with a shell, if they belong to the Chelonii order, and most of the times they can swim. A tortoise is a specific type of terrestrial turtle that cannot swim.

6. And how do you tell the difference between one and the other?

Easy: the size. Other species of turtles do not reach those gigantic sizes from the giant tortoises, but if you see a baby tortoise the best way to tell them apart is looking at their shells and feet:

7. ‘Testudinal’: another word from tortoises

Do you remember that ‘testudo’ formation we mentioned before? Well, ‘testudinal’ is an adjective used for something that pertains to or resembles a tortoise or its shell. So those hairbrushes you have to comb your hair, those sunglasses you bought last summer to be seen at the beach, or even that classy hand mirror, which are made from tortoiseshell or its imitation, are testudinal!

8. How do you call a group of tortoises?

That’s a ‘creep’. But creeps are not common, because tortoises prefer to stay alone. Mothers take care of their babies, but after they grow up they must become independent.

Now you know why these little big cuties are so important and different! Come with Galapagos Center Expedition and be closer to them on an unforgettable nature trip!