What’s so fascinating about Ecuador?

What’s so fascinating about Ecuador?

This is a medium-sized country inside South America: it’s small if we compare it to countries such as Brazil or Argentina, but it has a huge amount of natural and economic resources, and it also shares a vast portion of one of the most important ecosystems around the world: the wonderful Amazon.

There are many reasons to explain why Ecuador is so great to live and to visit. To understand a bit of this, we can exemplify with Charles Darwin: he was so amazed after discovering the way of life in the Galapagos Archipelago, that he wrote an entire book that explained our entire evolution after his visit.

Ecuador and its history

History in Ecuador has not been easy at all: they fought for their independence from the Spanish Empire just as the rest of the continent.

Then they had to claim pieces of their own land from their neighboring countries, which took a part of their territories, but in the end, Ecuador remained a strong country that nowadays is proud to show their tourism and their way of living.

Why the name “Ecuador”? It comes from the equator, which is an imaginary line that crosses the whole country and divides the world in two exact halves.

It’s the smallest country in the Andean Highlands.

Have you wondered why the colors of their flag are similar to other countries’ flags in South America, such as Venezuela and Colombia? Because they were part of the “Gran Colombia”. 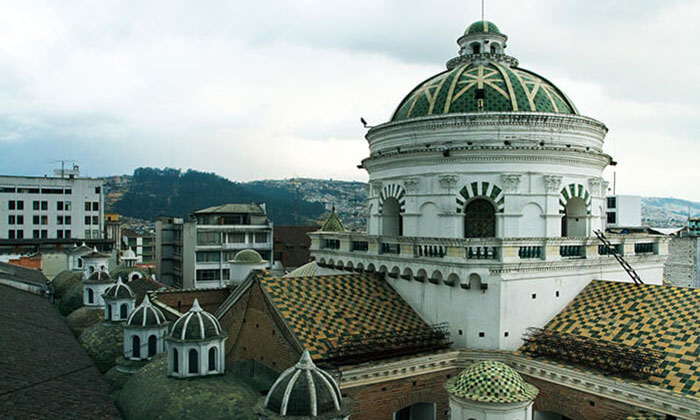 Guinea pigs are not just laboratory animals to Ecuadorian foodies. They are part of their culture and traditions, all of a delicacy… and taste like rabbit! If you come to Ecuador, guinea pigs or “cuys”, as locals call them, are a must.

Galapagos Islands were always part of Ecuador, but from some time they are officially an Ecuadorian region… the most protected in the entire country!

Before the Inca Empire established their home in Ecuador many centuries ago, there were other native indigenous tribes.

It’s been the first country to declare constitutional rights for nature, in 2008.

Ecuador has many volcanoes, some of them are still active and have the world’s greatest densities… and some more form the “Avenue of the Volcanoes”, near the capital city!

Chile and Ecuador are the only countries that do not share borders with Brazil.

It is one of the countries with more UNESCO World Heritage Sites due to their rich history and nature: Quito (the capital city), Cuenca, and Galapagos Islands.

There are more cellphones than people in Ecuador!

You can boil water in Quito at 90ºC, as a direct effect of altitude.

And the most amazing fact: Ecuador has been chosen as the world’s best place to live, according to foreigners! Economy, quality of life, climate, and the way Ecuadorians treat strangers, among other topics, have been very important to strangers, who once they move here don’t want to leave!

Do you need more reasons to have a good time in Ecuador? Galapagos Center Expeditions will give you more fun facts to love this country, which is waiting for you!