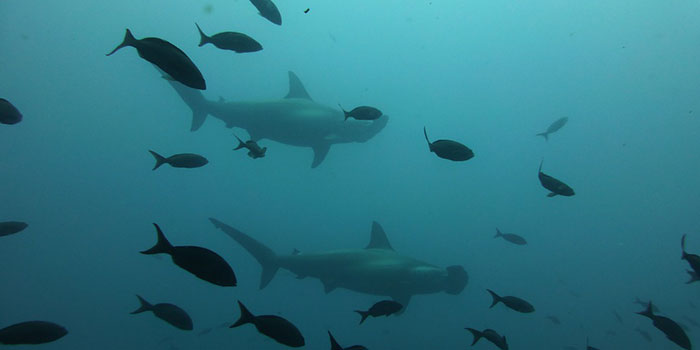 Tortuga Bay: A must in Galapagos

According to the TripAdvisor’s website, Tortuga Bay is among the 25 most beautiful and important beaches all around the world. Located on the Santa Cruz island, the second biggest one in the Galapagos Archipelago, the bay is within a 20 minutes’ walk from Puerto Ayora, one of the most important harbors in the Archipelago and the most populated region in the whole archipelago.

Tortuga Bay is a perfectly preserved site with white sands and transparent waters where sea lions, marine iguanas, flamingos and hammerhead sharks swim across its beaches’ shores. Surf, snorkeling and diving are some of the few activities that tourists often practice when on Tortuga Bay; also trekking and observing the flora and fauna of the surroundings and lying on the beach for a whole day for those who are not too fond of adventures and just want a relaxed vacation. Tortuga Bay has it all.

The bay has a voluptuous presence of an endemic cactus, the Opuntia echios, that can be seen all throughout the natural trail from Puerto Ayora to Tortuga Bay. From January to May, which is considered the best to visit the islands, the Galapagos marine turtles are on the hatching period and other unique specimens that only exist in the Archipelago can be easily spotted around the beaches in the bay: from pelicans, to Darwin’s Finches, multicolored crabs and lava lizards.

With a steady temperature that varies from 68° to 80° F during the whole year, Tortuga bay is divided into two beaches: Mansa beach, a mangrove with calm waters and almost no currents; and Brava beach, an ideal spot for surfing due to its heavy swell. In Galapagos Center Expeditions we organized our trips and excursions in the Santa Cruz area, reach out to us to get more information and stop waiting to visit one of the world’s most beautiful beaches.