These ‘common’ Galapagos animals will leave you breathless! 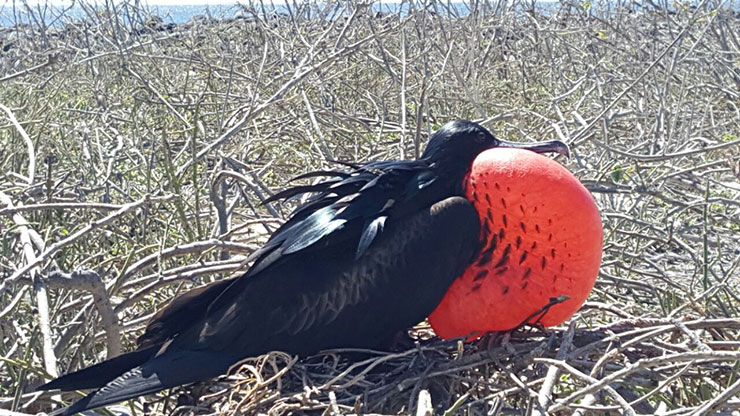 These ‘common’ Galapagos animals will leave you breathless!

Some animals in the archipelago are just fantastic by being animals, and that’s more than normal. However, some others have special features that you would not imagine if tour guides or your great buddy, Internet, wouldn’t give you a clue before.

These animals have adapted so well to their habitat that they have created habits that would look weird in the animal kingdom. But this is how Charles Darwin portrayed evolution: a constant change in behavior and the use of any means to keep surviving as the strongest one of your species.

Darwin observed and then studied every aspect of animals, plants and even minerals to see how they keep themselves in constant adaption to prove that depending on the place, everyone and everything will undergo different processes that will force them to evolve and function according to the place they are and the climate they are under, and even a competition with other species will be decisive.

To exemplify this idea, could you imagine there’s a vampire in Galapagos and it’s not a bat or a mosquito? And even weirder, how is it possible to have not only a vampire, but an impaler among the animal beings? Isn’t that suspicious? Isn’t that Dracula? No! It’s just a… keep reading and you’ll discover this and more incredible facts about adapted animals!

The most common one: a bird that does not fly?

And we are not talking about penguins. Flightless Cormorants are unique in their Cormorant species, since these are the only ones that aren’t able to fly.

That fact, and the fact that their bodies did not need to do unnecessary efforts to fly if they had what they needed on the ground, made their wings so useless that these started to get shorter and shorter, until they became just a decoration on their body sides and gave birth to a new species, which is exclusively adapted to the Archipelago conditions, and is the one now we know.

Only 1,500 of these birds are around two of the Ecuadorian islands, Isabela and Fernandina. This makes them one of the world’s rarest birds.

Yes: strange, odd, but true. As you know, fish is not part of their diet, but since they had to adapt themselves to a different environment from the one they lived before getting to Galapagos, or just because they always lived there but they had no other ways to find their food, they started eating fish to survive.

Galapagos Center Expeditions is always looking for more interesting facts that will attract you to our enchanting islands. Did you like this article? Check part II right now!