Patrick Watkins: the first man that lived in Galapagos permanently 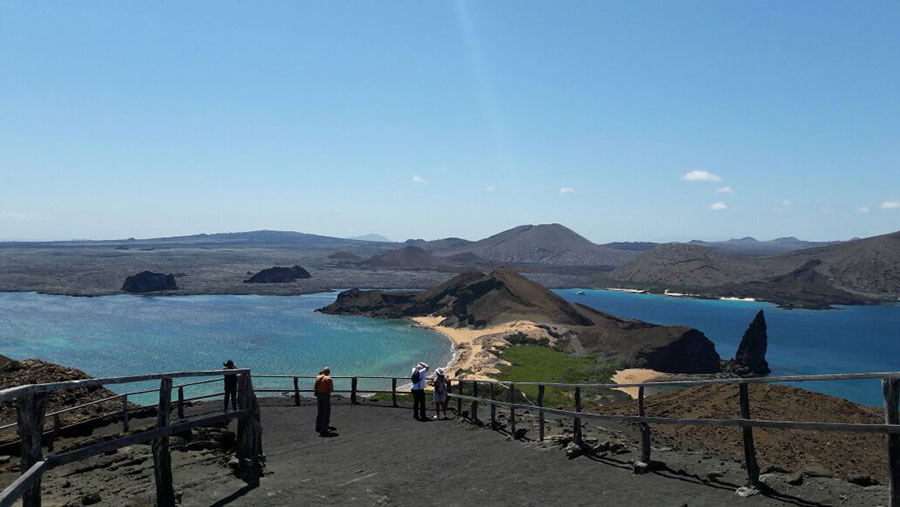 Patrick Watkins: the first man that lived in Galapagos permanently

There are not so many facts we can say about this character, but there is certainly one that made history: Patrick Watkins was the first man to live in one island from the Galapagos Archipelago. And here’s a really particular story!

Patrick Watkins was abandoned in Floreana (Charles) Island in 1807, and lived two years in the wild, growing vegetables on a plot. According to the stories that run around his life in Galapagos, he was always drunk and traded his vegetables for rum.

His life in the Archipelago as seen by an outsider

David Porter, an American Captain in the United States Army who served in the War of 1812 and the First Barbary War, is almost the only person to have kept track of Watkin’s life without even having met each other. Porter made a record of his activities during his journey around the Pacific Ocean, in his Journal of a Cruise. He was a relevant character for the United States against Britain during the 1812 war, and arrived to Galapagos in 1813.

“But… how did he know about Watkins if they didn’t meet?” That’s right. To answer this question, we can tell you that Porter arrived four years after Watkins left the Archipelago, but he had a well-known reputation that led Captain Porter to take notes on this particular character, while he was visiting the Islands.

“He struck every one with horror”…

Watkins turned into a story to scare children – and adults. Many inhabitants in the Archipelago confirmed it, so Porter started to get interested in him. He wrote in his journal: “The appearance of this man, from the accounts I have received of him, was the most dreadful that can be imagined; ragged clothes, scarce sufficient to cover his nakedness, and covered with vermin; his red hair and beard matted, his skin much burnt, from constant exposure to the sun, and so wild and savage in his manner and appearance, that he struck every one with horror.” All of a monster, or so could be said.

The real deal here was that Watkins was a clever man who had a well-planned to make people work for him: his method was to trick sailors into working for him by giving them as much rum as they could drink, leaving them unable to do anything but drinking and consequently being left by their ships. Then, Watkins would make them swear their loyalty to him just as a pirate would do.

Galapagos Center Expedition has more stories like this one! Check all of them with our expert guides and discover by yourself the spots where their characters lived!