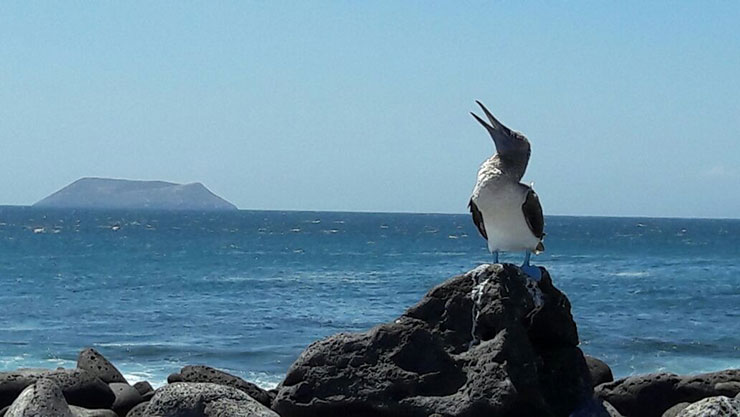 This Ecuadorian Archipelago has a unique variety of species that are hardly found around the world, and one of these species are the singular blue-footed boobies, which most peculiar characteristic is precisely this one of having blue feet.

Despite this fact, there are some other points that make blue-footed boobies so unusual. They are not endemic or endangered, and 50% of the world’s breeding pairs from this species live in the islands, and their peculiarities make them appear as one of the most representative animals of the whole Archipelago.

5. Their guano creates their own special nests

These boobies lay and leave their eggs on the plain ground, so they defecate around them to protect them and give them balance not to break. Blue-footed boobies also use their duck-like feet to keep their eggs warm and protect them from any dangerous situation or climate changes.

4. Both genders work in teams for their young ones

Males and females protect and raise their young with the same efforts. They will care for one to three eggs at the same time.

3. The Evolution theory is perfectly exemplified with their behavior

After the parents work together to protect the eggs, when the young birds hatch them and grow up, only one or two of them eat the whole food and leave the others to starve: the first ones are the dominant birds that will survive, while the others which starve are the weaker ones, and generally they die.

This fact proves the theory of Evolution that Charles Darwin presented to the world and which is still a reality for all species in the world: the strongest will survive.

2. Males and females are really similar!

You’ll see: you already know why they are “blue-footed” boobies; it’s more than obvious… the answer is right on their feet! But the reason why they are called “boobies” may not be so clear. This type of bird is called “booby” because it comes from the Spanish word “bobo”, which means “dumb, stupid, clumsy”. Spanish explorers saw them on their least awesome stage, which is waddling on land, and this is why they called them “bobos”, or “boobies”.

Galapagos Center Expeditions is the right place to enjoy the delight of watching these feathered friends next to you… we assure that you will have lots of fun taking lots of pictures to these particular birds that will make your day with their beauty and clumsiness!