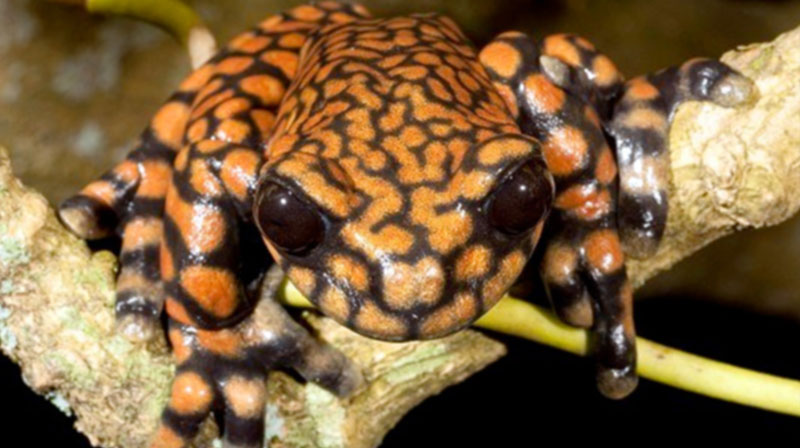 Without a kiss, a frog has turned into Prince Charles – at least on paper: A rare frog species from Ecuador has been named after the British heir to the throne. The environmental organization Amphibian Ark honored the active environmentalist for his commitment to the tropical rainforest. Charles accepted a glass version of “Hyloscirtus princecharlesi” at a children’s environmental event in Gloucestershire. “I am very touched,” said the 63-year-old. “I have a knot in my throat, it must be a frog.” There are few characteristics that frog and prince have in common, said Ecuadorian scientist Luis A Coloma, who discovered the creature. But it is one of the most beautiful frogs he has ever seen. Prince Charles’s frog is brown and has large orange spots. Coloma had come on the trail of the species four years ago and had later discovered a few representatives in a river in Ecuador.