Ecuador: On the trail of a 3,500-year-old culture - Galapagos Center
53770
post-template-default,single,single-post,postid-53770,single-format-standard,eltd-core-1.0.3,ajax_fade,page_not_loaded,,borderland-ver-1.14, vertical_menu_with_scroll,wpb-js-composer js-comp-ver-5.7,vc_responsive

Galapagos Center / Culture of Ecuador  / Ecuador: On the trail of a 3,500-year-old culture 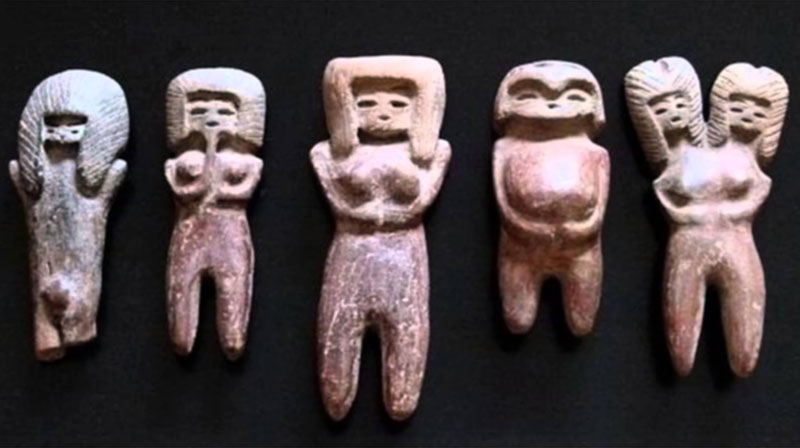 in Culture of Ecuador
0

The so-called Machalilla culture (1.400-800 BC) is almost unexplored so far. It spread along the coast of Ecuador and had connections to the highlands and the North Peruvian coast. It got its name in 1958 from the Ecuadorian archaeologist E. Estrada, who discovered a novel ceramic in today’s Machalilla. Much more is not known yet. That’s what a team from the DAI’s Archeology of Non-European Cultures Commission wants to change. Together with the Pontifical University in Quito (PUCE), the archaeologists have dug at two sites in the Bay of Machalilla. The first is the eponymous site, the second find ground belongs to the so-called Chorrera culture, which developed over several centuries parallel to the Machalilla culture in the same area. The relationship between the two cultures is also the focus of archaeological research.

By means of a drone and the analysis of aerial photos, a complete map for the Bay of Machalilla and the two locations separated from each other by approx. 2 km was first created. At the same time, the excavation work began, which proved especially difficult on the eponymous site due to numerous recent graves. Nevertheless, the excavation team ensured numerous finds, which are now being investigated more closely in the PUCE laboratory.

On the basis of charred organic residues on the insides of ceramic fragments, the eponymous site was found in the period between 1.380-1.000 BC. Be dated. It was surprising that not a single shard of the ceramic type “Ayangue Incised” was found, which is currently considered in the literature as a guide fossil of Machalilla culture. In contrast, numerous fragments of figurines came to the second site for the first time, which were previously assigned to the Bahia culture. Since they are now proven for the first time in a secure Fund context, their assignment must probably be completely rethought. In addition to the figurines, the excavation team mainly released objects from marine snails (molluscs) such as fishhooks or knobs in all processing stages.

There are still many questions and evaluations left, which should be clarified in the upcoming campaigns.