Among myths and other tales of Andean Cock-of the Rock - Galapagos Center
55448
post-template-default,single,single-post,postid-55448,single-format-standard,eltd-core-1.0.3,ajax_fade,page_not_loaded,,borderland-ver-1.14, vertical_menu_with_scroll,wpb-js-composer js-comp-ver-5.7,vc_responsive

Among myths and other tales of Andean Cock-of the Rock 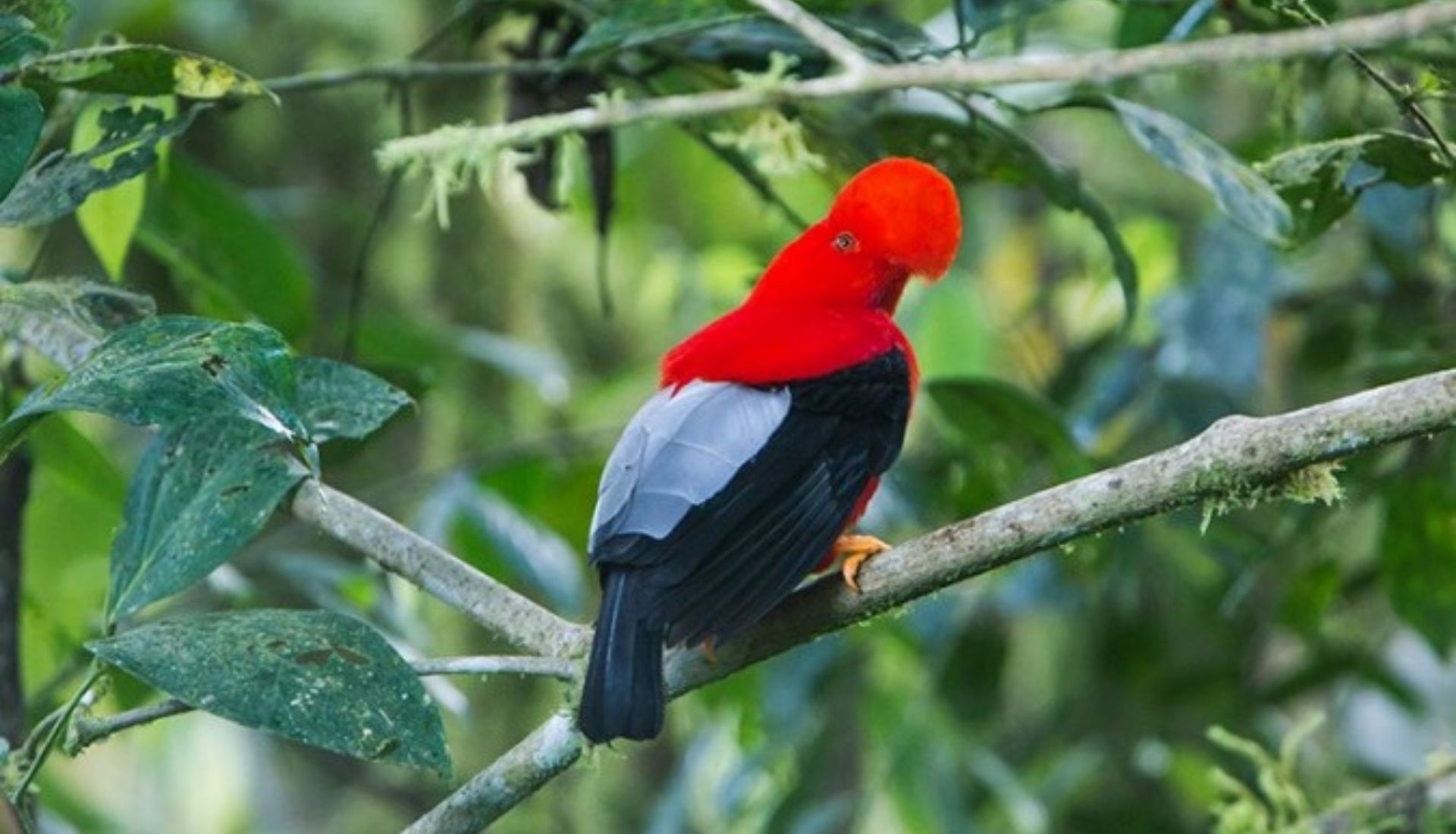 Among myths and other tales of Andean Cock-of the Rock

Among myths and other tales of Andean Cock-of the Rock (Gallo de la Peña: Rupicola peruviana) by Roberto Carrillo

“The rooster is ardent in love, bellicose and has a crest that although it is not made of meat, it seems to be” Fulgencio Martínez Suara, 2007

Two birds stand out mainly within this Family, the umbrella bird and the Cock of the Rock, as they are also known, the latter is undoubtedly a true icon of birding in the world of Bridwaching, its popularity has reached such an extent, that it has its own National Angry birds; There are many attributes that make the cock-of-the-rock, extraordinary birds and of great value for the conservation of the forests they inhabit, translating these characteristics into real economic benefits for communities that have ventured into ecotourism as a way of life, activity where this and other birds, become the raw material for the development of nature tourism specializing in bird watching.

Roosters of the Rock live in Colombia, Ecuador, Peru, and Bolivia, their distribution range varies from 600-800 to 2000-2200 meters above sea level. Next, we will review, the reason for this fascination and enchantment to observe, to hear, and/or, simply to know about the existence of the Andean Cock of the Rock.

The beauty of an unmistakable bird, there are several descriptions of what a Cock of the Rock looks like, some as incredible as these birds are, one of the best known is that these birds are robust and slightly elongated body (stubby), approximately between 30 to 33 centimeters from the tip of the head to the end of the tail, with a crest of feathers in both sexes (similar to a crest of the domestic rooster), round face ending in a small beak, typical of frugivorous birds and that complements its food with an invertebrate one.

Their color varies between blood red and bright orange, they present sexual dimorphism since the females are dark brown and very opaque, the color of the iris of their eyes also varies in each of the two subspecies, the male cockatiels that inhabit the region and eastern slopes (Amazon Rainforest), have a yellow iris, while those living in the west of the Andes (Andean Choco), are red; The females of both subspecies have a grayish-whitish or light blue-whitish coloration, and their legs and beak are sooty blacks. In the males, as well as the iris of their eyes, the coloration of their bodies varies in relation to their habitat, while the western roosters are bright red (sanguineous), their Amazonian cousins are an intense orange-reddish-red color, in both subspecies the legs and the beak of the males are yellow.

In the males, the wings are wide and gray, from a distance you can see them as whitish, when approaching you can see differences in three grayish bands in these wings, while in females they are dark brown. These birds prefer to live in ravines and steep slopes, rocks and rocky points, and hollows (hence their name).

Rock-cocks are not only beautiful and showy birds that prefer primary forests but there are also reports of secondary forests and disturbed habitats. The cock-of-the-rock, are famous for their spectacular display during courtship, both aurally and visually, being a spectacle and a real luxury to have a lek or site of nuptial deployment, these places are particular sites that are not easily found, as males, seek specific locations within the forests, where the conditions of light, humidity, availability of branches and free spaces to be able to make their romantic demonstrations to capture and fall in love with the females that from a safe distance, observe them dance and emit sounds similar to grunts emitted by a pig, or an old and out of tune rooster.

These leks are places of exhibition, romance, and courtship, for which the males that often come down to exhibit themselves in groups that can exceed more than ten individuals, arriving to count a score of individuals, that are exhibited jumping from branch to branch, making small flights, that normally are to more than six meters of the ground; the males choose these places where to more than the ideal conditions of light, exists the presence of lianas and lianas, that they use to fly or to jump from a position to the other one.

When a male has won the favor of a female, she goes down to where he is perched, checks him out, and finally decides whether he has the necessary conditions to be a good father for her offspring. Copulation has been observed both outsides and inside the leks, and nesting is usually near these areas.

The Cock-of-the-rock, both in the west and east, presents several complications and risks for their subsistence, now the IUCN considers them to be in the category of Least Concern, but there have been reports that these birds have also been subjected to species trafficking, and failed attempts at domestication.

Formerly these birds had their own Taxonomic Family, but nowadays it is almost unanimous, recognizing as to both subspecies (peruvianus in Amazonia, and sanguinolentus in Chocó) one more species of cotinga Contigidae. Besides its scientific name, it can be found as Rupicola peruviana, also (and it seems to be the correct one), it can be Rupicola peruvaianus.