Aboard Tren Crucero: An Unforgettable Experience 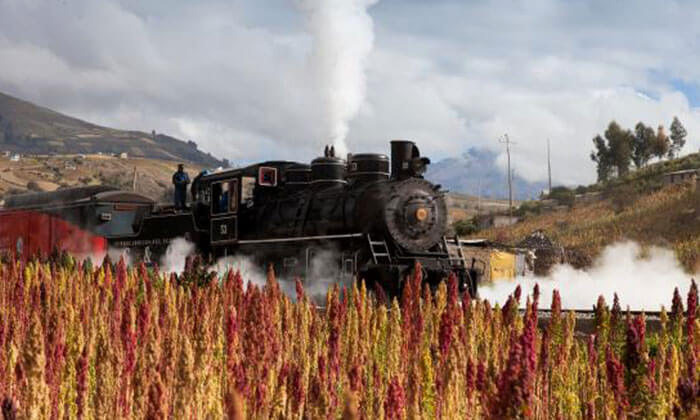 Aboard Tren Crucero: An Unforgettable Experience

Have you gone to Ecuador? If you have, and you didn’t get aboard the fabulous “Tren Crucero” (Cruise Train), you didn’t have the best experience from Ecuador. Book now and get the best prices; only we know when it’s going to be cheaper for you!

Get ready to be picked up by Galapagos Center Expedition at your hotel in Quito, because this trip will leave the best impression on you! This fantastic train journey goes from Quito, the capital city, to the coasts of Guayaquil and back!

This is the best train in South America. To prove it, there are many important awards that can show you the quality of the services they offer.

In the final years of the XIX century and the first years of the XX century, there was a man who could not stop thinking in progress for Ecuador. This former president of the country, Eloy Alfaro, thought of a railroad system that would connect the whole country from the coast to the Andes, and would bring many advances in transportation and communication.

In Quito, Chimbacalle station is the first step to get into the wilderness of Ecuador.

But wait! Before getting there, here’s a surprise for you: you will cross “La Nariz del Diablo” (The Devil’s Nose), and after that, you will change from the Cruise train to another train! Would you like to know which one? Come with us!

Only $92 separate you from some days of relax at the most comfortable and historic train in South America. Are you going to lose this chance? Really? We know you won’t… Book now and see all of those beauties by yourself!